Is it lawful to destroy the enemy? 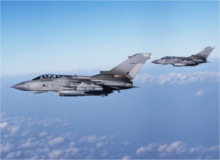 “A dead terrorist can’t cause any harm to Britain,” said the Secretary of State for Defence Gavin Williamson in a Daily Mail interview in December 2017. “I do not believe that any terrorist, whether they come from this country or any other, should ever be allowed back into this country,” he continued. “We should do everything we can do to destroy and eliminate that threat.” Mr Williamson’s comments sparked widespread consternation in the UK press, prompting Prime Minister Theresa May to affirm that she is prepared to take all necessary action to defend British citizens. Mr Williamson’s comments have also been condemned as contrary to international law.  In this post, published on Lawfire, Michael Schmitt and I examine whether this really is the case.