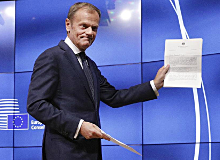 The purpose of this paper is to determine whether a Member State of the EU may revoke its notice to withdraw from the Union under Article 50 TEU. The answer to this question has significant practical implications for Brexit, both domestically and across Europe. While the reversibility of the British withdrawal notification has taken centre stage in the debate on Brexit, the matter has not been assessed in depth. The present paper suggests that interpreting Article 50 TEU with reference to Articles 31 and 32 of the Vienna Convention on the Law of Treaties permits a more systematic analysis of the subject than what has been offered so far by commentators and the English courts. Based on this analytical framework, the paper reviews the text and context of Article 50 TEU, the general scheme of the Treaties, other rules of international law and the relevant preparatory work. All of these elements point in a single direction. Contrary to the position taken by the English courts in Miller, they confirm that a notice to withdraw issued under Article 50 TEU is in fact reversible.

In the light of these findings, it would be perfectly appropriate for national courts in other Member States, except those against whose decision there is no judicial remedy under national law, to decide that an Article 50 TEU notification is revocable without referring the matter to the Court of Justice. However, as only the Court of Justice can provide an authoritative interpretation of Article 50 TEU applicable across all Member States, it would be more appropriate, in the interests of legal certainty, if they were to submit this question to the Court of Justice under the preliminary ruling procedure.