Barking up the Wrong Tree: How Not to Save the British Armed Forces from Legal Defeat 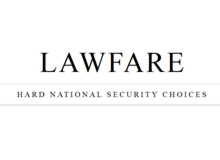 Judicial imperialism is defeating the British armed forces. At least this is what the authors of a report recently published by the Policy Exchange, an influential British think tank, claim. Provocatively entitled Clearing the Fog of Law: Saving our Armed Forces from Defeat by Judicial Diktat, the report argues that the judicial extension of peacetime legal standards to the battlefield is harmful to operational effectiveness and calls upon the UK Government to reverse this trend. The report builds upon an earlier paper on the same topic published by the Policy Exchange in November 2013 (read here and see comments here, here and here). Benjamin Wittes linked to it here.

There is little doubt that the British armed forces are facing significant legal challenges. These must be addressed as a matter of priority. However, neither the fiery tone of the report nor its actual policy recommendations are best suited to preserve the operational freedom of the military. In this post, we seek to explain why this is so (for a more detailed analysis along similar lines, see here