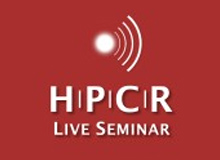 On 26 January 2012, I contributed to an online seminar on Regulating the Conduct of Military Personnel in Peace Operations, hosted by the Program on Humanitarian Policy and Conflict Research at Harvard University and featuring Bruce Oswald (Melbourne Law School) and Kjetil Mujezinovic Larsen (Norwegian Centre for Human Rights). Repeated reports about human rights abuses committed by members of peace support operations have raised important questions about the legal framework applicable to peace operations and the need to hold the perpetrators of such abuses to account. In particular, the question has been asked whether or not the immunities enjoyed by members of peace operations constitute an obstacle to their accountability, effectively endowing the perpetrators of human rights violations with impunity for their actions. The aim of the seminar was to address some of these issues.

My contribution focused on the role of status of forces agreements in this context. After briefly explaining the need for such agreements and their particular function in regulating the legal status of foreign armed forces, I argued that the jurisdictional immunities they confer on foreign personnel should not, at least in theory, lead to impunity. This is so because the immunities conferred in status agreements do not remove the binding effect of any applicable rules of local law, but merely create a procedural bar which prevents the local authorities from enforcing their law. In addition, status of forces agreements do not necessarily prevent access to other forums for obtaining redress, for example in the sending State or before international courts, and in fact frequently create alternative dispute settlement mechanisms themselves. However, these alternative avenues of redress are often blocked by practical or legal obstacles and hence unavailable to injured parties. In practice, peace operations therefore frequently suffer from an accountability deficit.

There are many good reasons why States and international organizations conducting peace operations should not ignore this accountability deficit. They range from the need to comply with the principle of the rule of law and international human rights law to the practical necessity of maintaining amicable relations with the local population in the host State. While there are various ways in which the accountability deficit may be reduced, I have argued that curtailing the immunities enjoyed by members of peace operations under status of forces agreements would be neither an effective nor an appropriate step. This is so because, contrary to what has sometimes been argued, the jurisdictional immunities typically conferred on members of peace operations do not exceed what is functionally necessary. Functional necessity is not a static concept. International practice recognizes that the scope of the immunities enjoyed by foreign armed forces depends on their operational environment: the more that environment resembles a combat situation, the broader the range of their jurisdictional privileges and immunities normally is. Indeed, I believe that a strong argument can be made that the privileges and immunities of members of peace operations, as reflected in the relevant provisions of the UN Model SOFA of 1990, form part of customary international law. This has important implications for their legitimacy and proportionality (see, for instance, Al-Adsani v. UK (2002) 24 EHRR 11, paras 52–56). Moreover, it should be underlined that the exemption of foreign personnel from the jurisdiction of a host State is not the only or even the most prominent source of the accountability deficit: rather, it is caused by a broader jurisdictional deficit, that is the practical or legal inability (and sometimes unwillingness) of troop contributing States, international organizations and third States to exercise their legal authority over members of peace operations.

You can listen to the recording of the seminar here. Many thanks to Claude Bruderline and the production team at HCPR for this great event!